A downloadable game for Windows

Roll the dice to traverse the board using the "Roll" button. Use the mouse to interact with the interface. The card game layout can be explained with the below images: 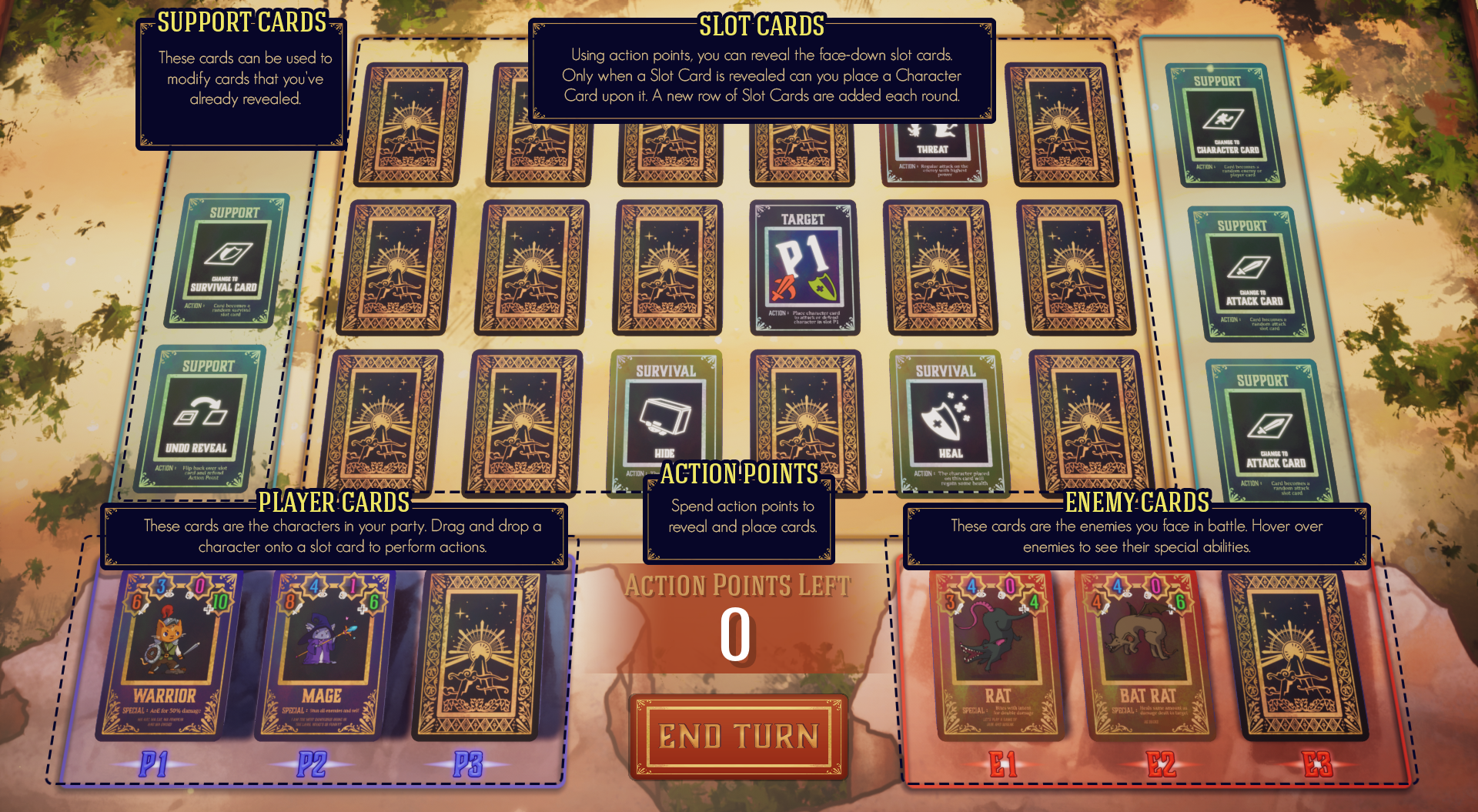 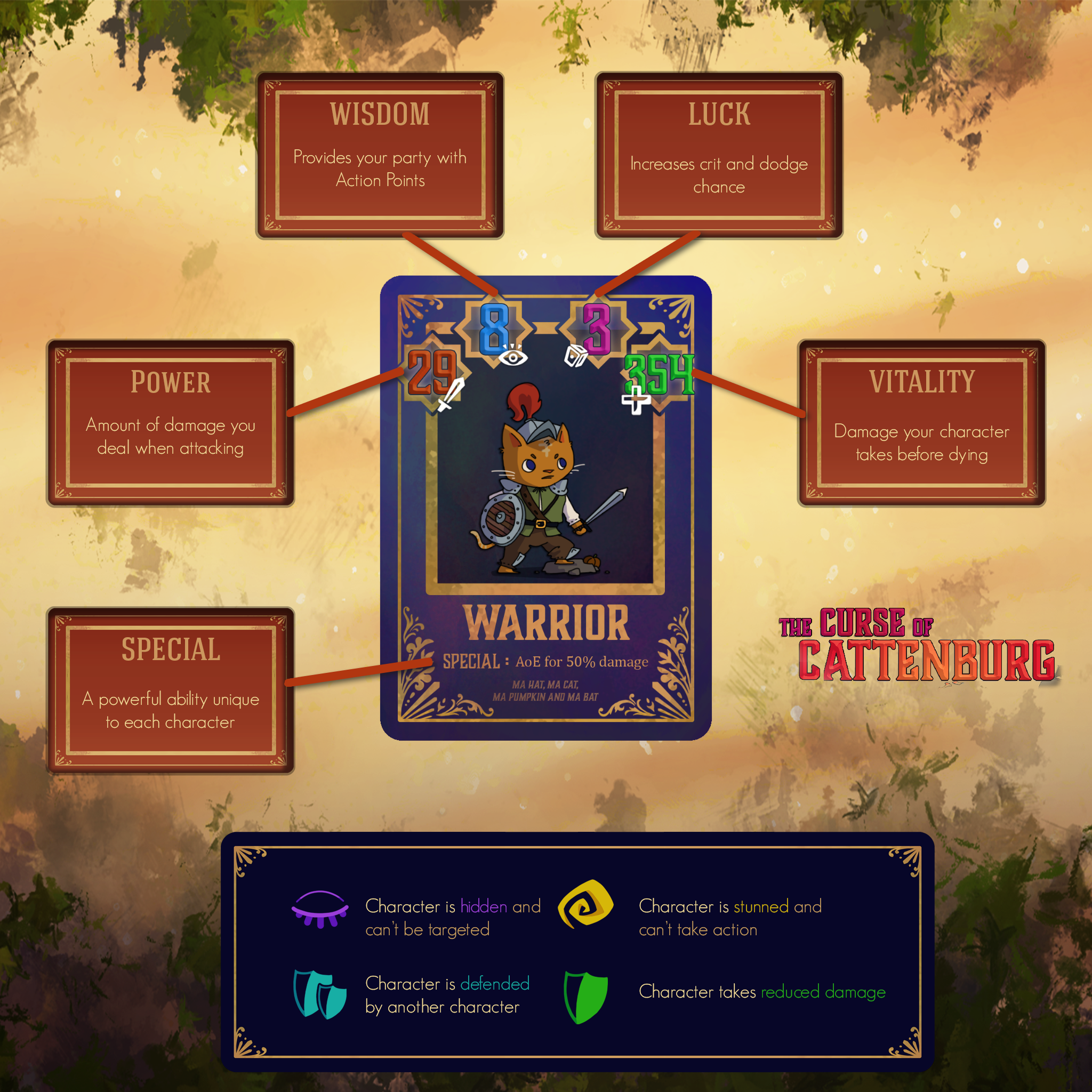 In the kingdom of Cattenburg there were a group of adventurers who wanted nothing more than to go on adventure, but... ever since the curse was placed on Cattenburg, none of its inhabitants were able to leave. Whichever road they take, they wind up back in Cattenburg.

Rumour has it there are three parts of an ancient Relic which could, perhaps, be pivotal in breaking the curse. 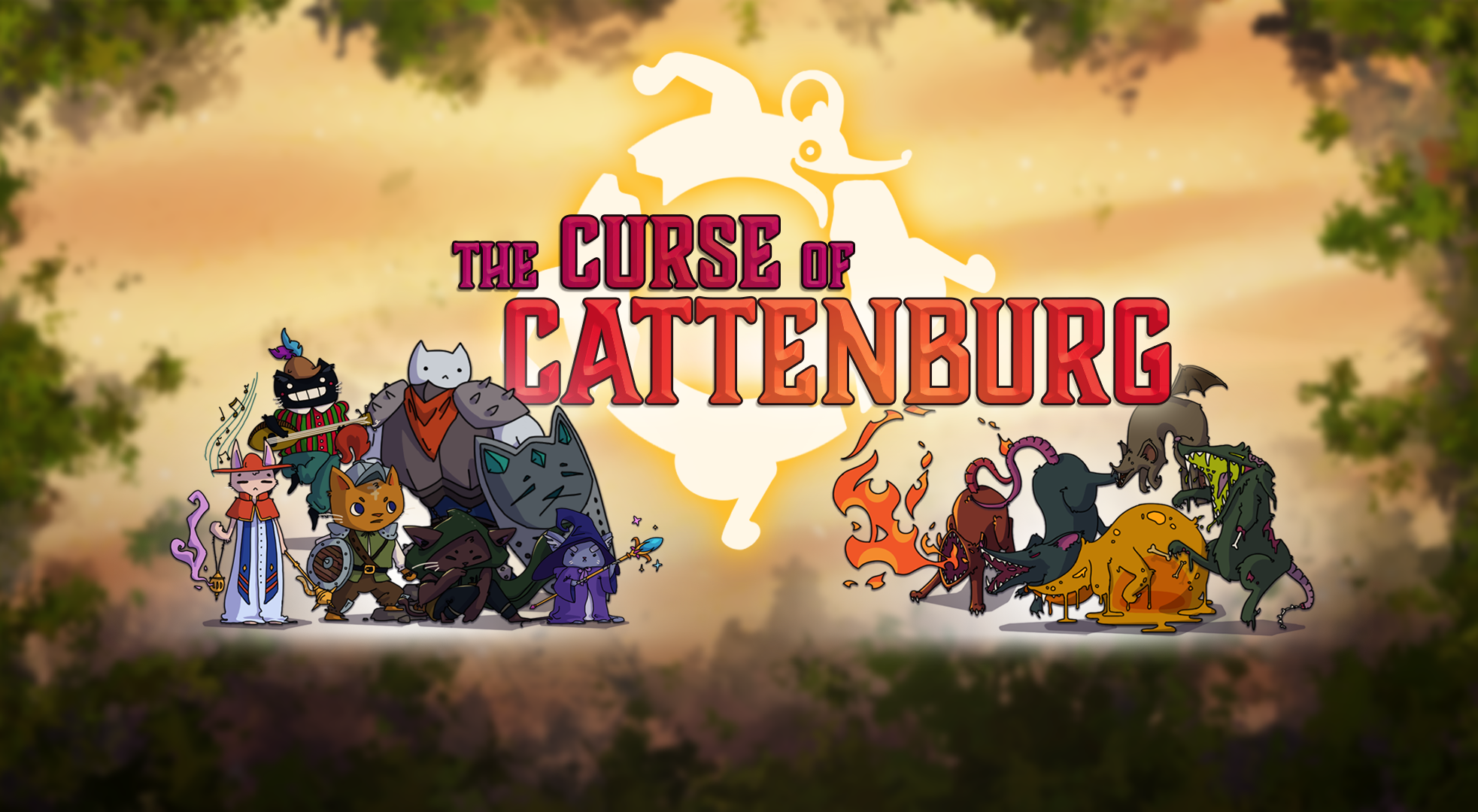 There are two elements to the game: a board game and a card combat game.

The Looping Board Game

- Visit Cattenburg... again and again... recruiting new adventurers to your party.
- Fight deadly rats, followers of the monstrous rat known as Mobius
- Meet inhabitants of the nearby area who will help train your party to be stronger
- Find parts of the ancient relic, in hope of uncovering the mystery of the curse.

Combat will be resolved through an original card combat game that pits two parties against one another. Characters can only attack by utilising the cards laid out in the centre of the board, but those cards are face down. A party must spend Actions Points to reveal these cards, and also to place a party member on the card in order to use that card. The cards range from attacking cards, defensive cards and special cards. At the end of the turn, any revealed cards are flipped back over, and the board slides down. Memorising card placement will help you, though a fresh row of cards being added to the centre of the board each turn keeps your options open.

A brief overview of the game mechanics can be found in the clip from during development, though it doens't cover everything: https://www.twitch.tv/videos/761848121

There's some footage from mid development that may help give an idea of how the card game works. It's candid footage from my stream, but it should give you an idea of what it was like early on Monday:

The artist for the team was spacey3d, a friend of ours who is a talented 3D modeller. This project allowed her to focus solely on 2D assets, and we are blown away by the quality and personality instilled in her illustrations. The elegant card design, loveable characters and overall polish has added so much to our game.

Audio
Our music was created during the jam by Barlas, a good friend of the main developer Brainoid. The mood it sets, along with its overall quality, add a lot to the game. Sound FX were recorded by resident Mouth-Magician Honest Dan, who enjoyed meowing and hissing into the microphone during stream.

Programming & Design
Brainoid and HonestDan have worked together on many gamejams over the past three years. Originally working in Unity, Honest Dan moved to Unreal in early 2019 as he got a job using the engine. Brainoid was kind enough to start learning Unreal Engine this year too so that they were able to continue working together in game jams.

Here is a listing of all the cards 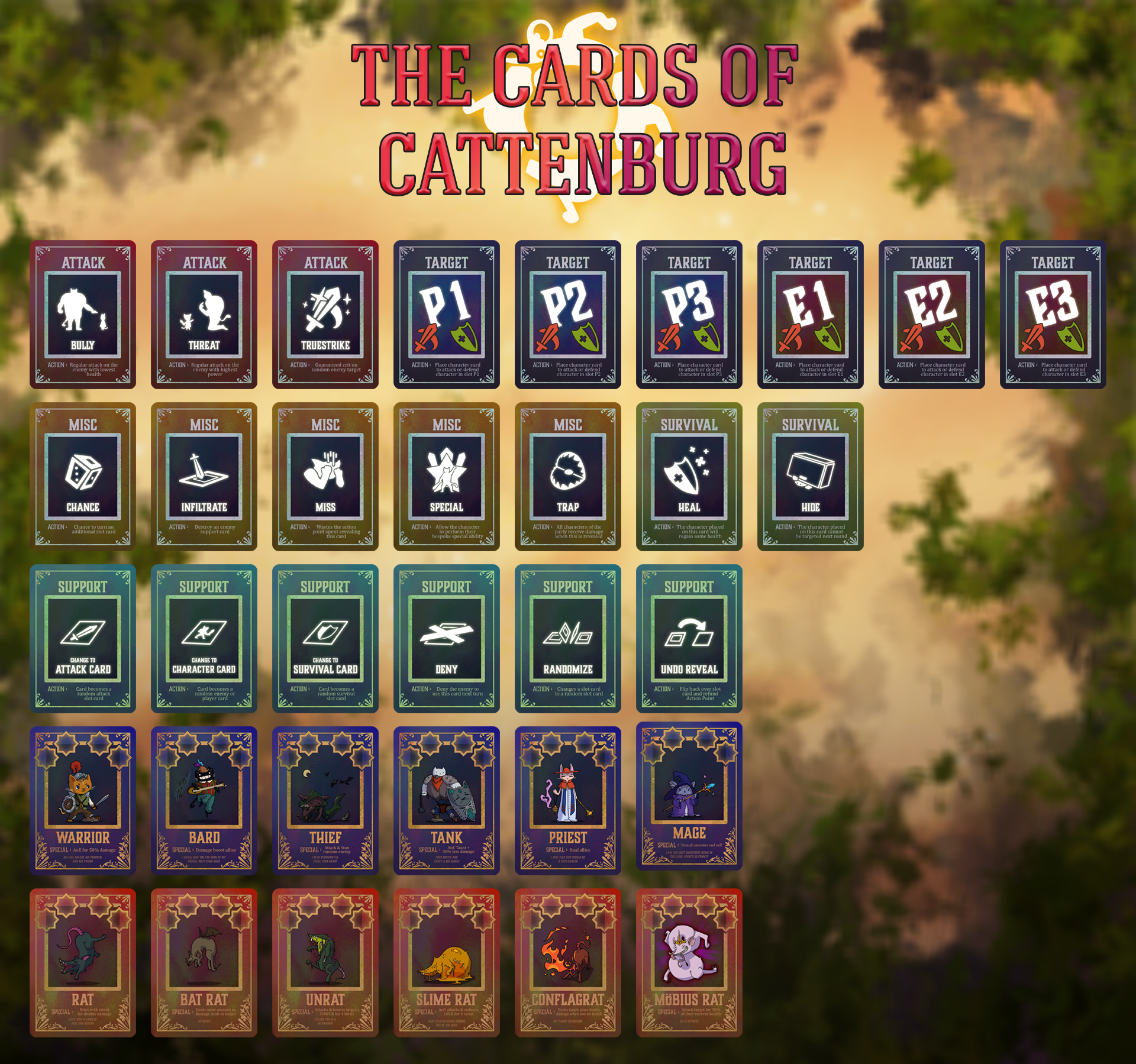 Known bugs
- Try not to be too "mouse / click" heavy on the cards. Playing around with the "float on hover" effects too much can occasionally cause some animation bugs.
- The mages special ability stuns her and the enemies. The mage is placed back at her character slot, allowing another character to use the special ability card - this is a bug.
- Hovering over cards as your game ends / starts can cause some display issues, but these should resolve their selves as the game progresses.

1_0_1 - Fixed traps, they now do damage instead of heal. Also fixed typo's in the text popups.

Currently just available as a Win64 Windows build. Download the zip, extract it and run the CatsOfCattenburg.exe within the WindowsNoEditor folder.

This is a lot of fun, can't wait to see what it turns into! The 'memory' component of this is very inspired, even though it creates this situation where you should never draw from the second row, which should probably be signified to the player.

Ran into some bugs, notably once I kept going past 3 relic pieces (actually got a 4th one which did nothing).

This is quite incredible, the games looks finished, what an amazing job you did there :o Even if it all felt too luck based (I lost my 2 runs…), I loved it, the board game concept, how polished it was, the animations, the art, the audio, the lore with cats and rats, and the combat system is so cool and innovative! You guys know how to make games that’s for sure, you have my congratulations!

I was in battle, I could not do any action and could not pass the turn. 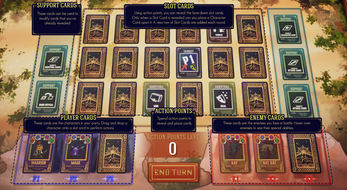 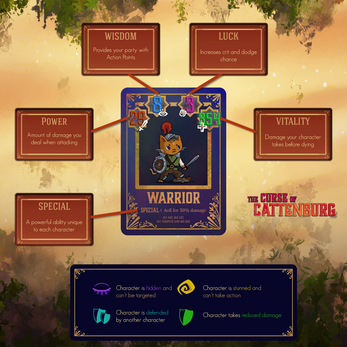 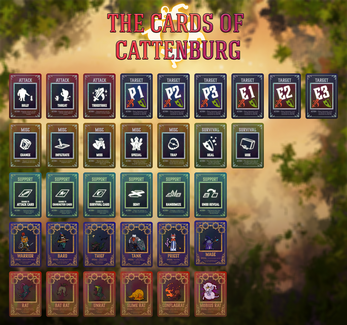 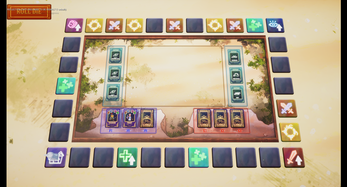 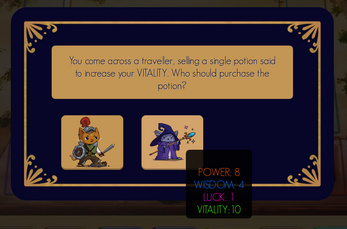 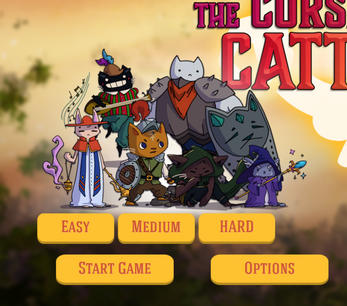