*** WE RECOMMEND YOU PLAY THE WINDOWS BUILD ***
WEBGL CAN PERFORM BADLY IN SOME BROWSERS (CHROME STRUGGLES, EDGE WAS FINE)

When you die, you can be resurrected. You will have sacrifice your stats when doing so (Max HP, Attack, Defence, Attack Speed, Move Speed). If you help Lucifer, he will reward you by improving your stats - though your decisions will impact your final test at the end of the dungeon.

You play Vincent, a rabbit who’s poorly son has just died. When burying his son, Lucifer appears and offers Vincent a way to bring his son back to life. Vincent is taken to Lucifers dungeon, and told he must prove how much he wants his son back through fighting his way through the dungeon. During this trial, Vincent can gain help from Lucifer: reviving yourself when dead, helping you clear / solve a dungeon room, providing you with improved character stats. However, all of these come at a cost: losing character stats, making immoral decisions, making the end boss fight more difficult. Vincent must make it to Lucifer at the end of the dungeon, in order to bring back his little baby rabbit son.

F.A.Q
**The game is too hard!**
It is difficult, but you can be revived as often as you like other than on the final boss.

**The aiming is too difficult**
Yes, it is. We wanted an old school approach, but in hindsight it will frustrate more people than we'd like.

Sorry to hear - arrow keys should work too.

I had trouble playing because WASD would be ZQSD on an AZERTY keyboard. (That's my excuse for sucking at it :D ). 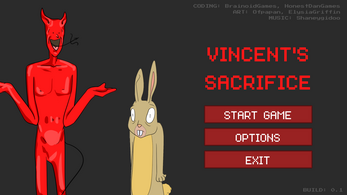 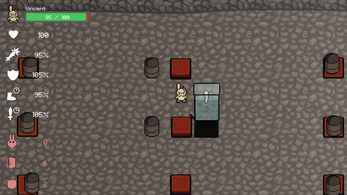 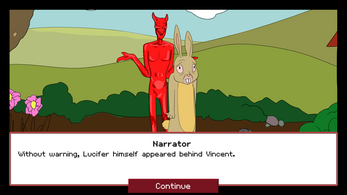 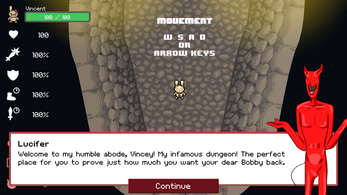 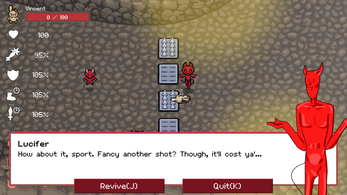 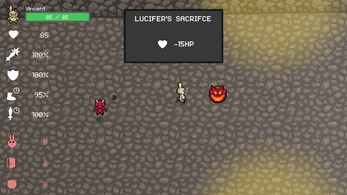 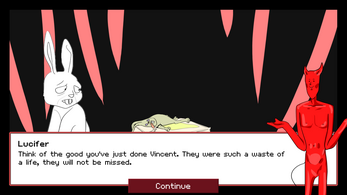 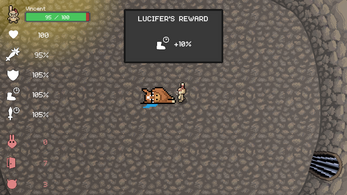