Day 1 of 3: Designing around the gamejam topic.

The gamejam #krassjam was a jam hosted by Krassenstein, one of the popular streamers within the Twitch Game Dev community. there were no prizes at stake, but instead hosting a jam to encourage people to get together, have fun and create and (more importantly) finish a game! A great cause, and despite loving my development of my current game Last Stand - I decided to get involved!

See the first day of development live (it’s not a quick watch!) here.

Instead of just having a theme that all entrants had to create a game around, instead a random game jam theme was generated based on your twitch username. So my theme was "A game where you solve puzzles involving numbers to unlock bonus items".

I liked the theme, as I was just getting into developing my first puzzle game as it was - so this time it gave me a chance to design my own puzzle mechanics. There had to be a numeric element to it, and instantly I thought of the classic puzzle games of combining tiles that are hugely popular on mobile. 2048 came to mind, yet I wanted to try and do something more original than just putting a twist on an existing formula.

I decided to plan a little less formally, using an online white board free service which is great for getting ideas down on "paper". 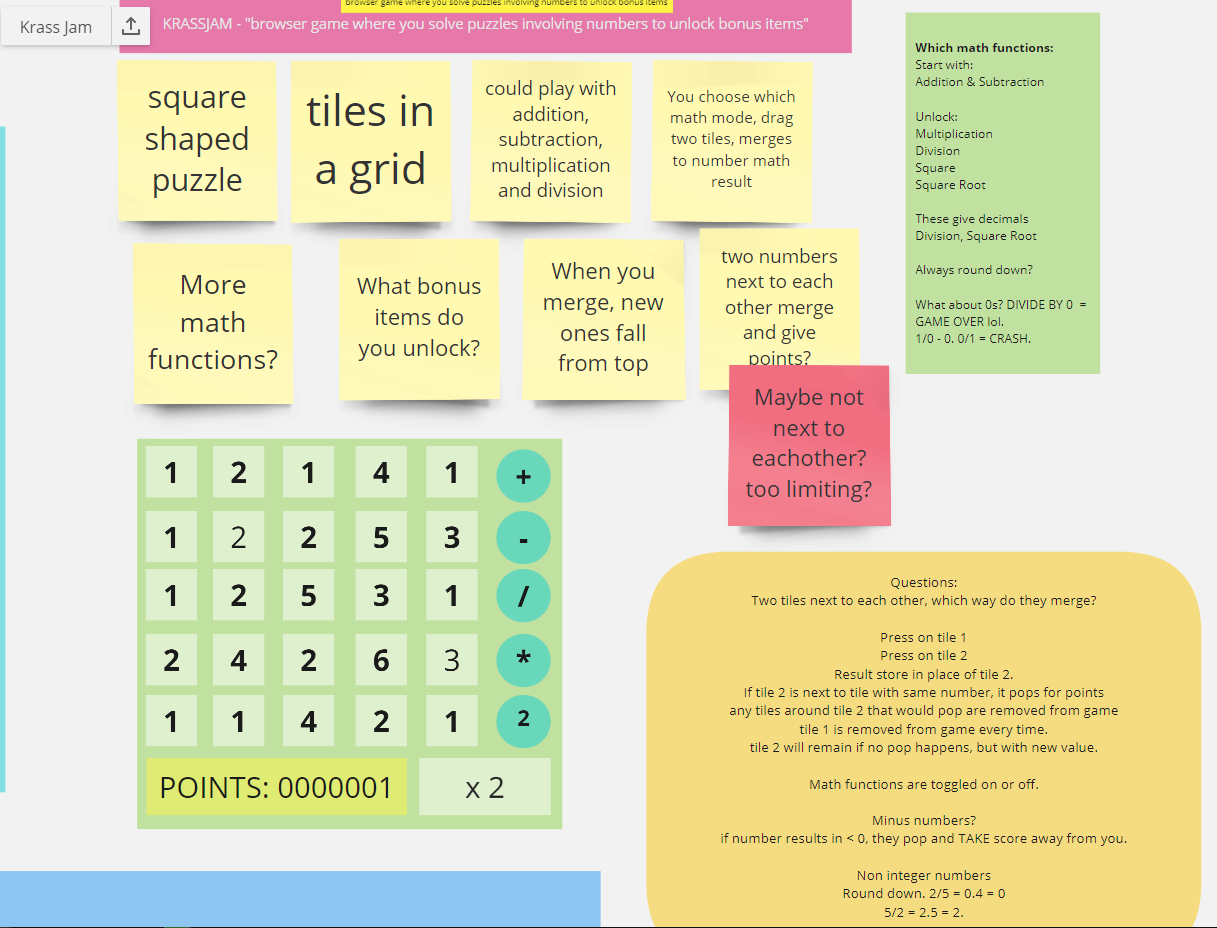 Having just created a grid based puzzle for Last Stand, I was able to get a basic prototype going pretty quickly. The challenge was - what would make this fun. This was something that I had to question on day 2 - as I started to worry this wouldn’t be fun to play.