Day 2 of 3: Giving the game some purpose

I was happy with the progress I had made within 6 hours of the game jam, had the basic mechanics working. The trouble was - I felt there was very little purpose to the game. There was the aim of getting to 1337, but that was it.

I used a couple of hours to have a think about everything and plan it all out on my digital whiteboard. This was so useful, and actually reinvigorated me! I was started to feel like I wasn’t going to be able to get something worthwhile made - but once I’d asked some important questions about my games’ design and set some clear objectives (deciding things.. rather than saying "maybe X, maybe Y…) - I was in a better place. 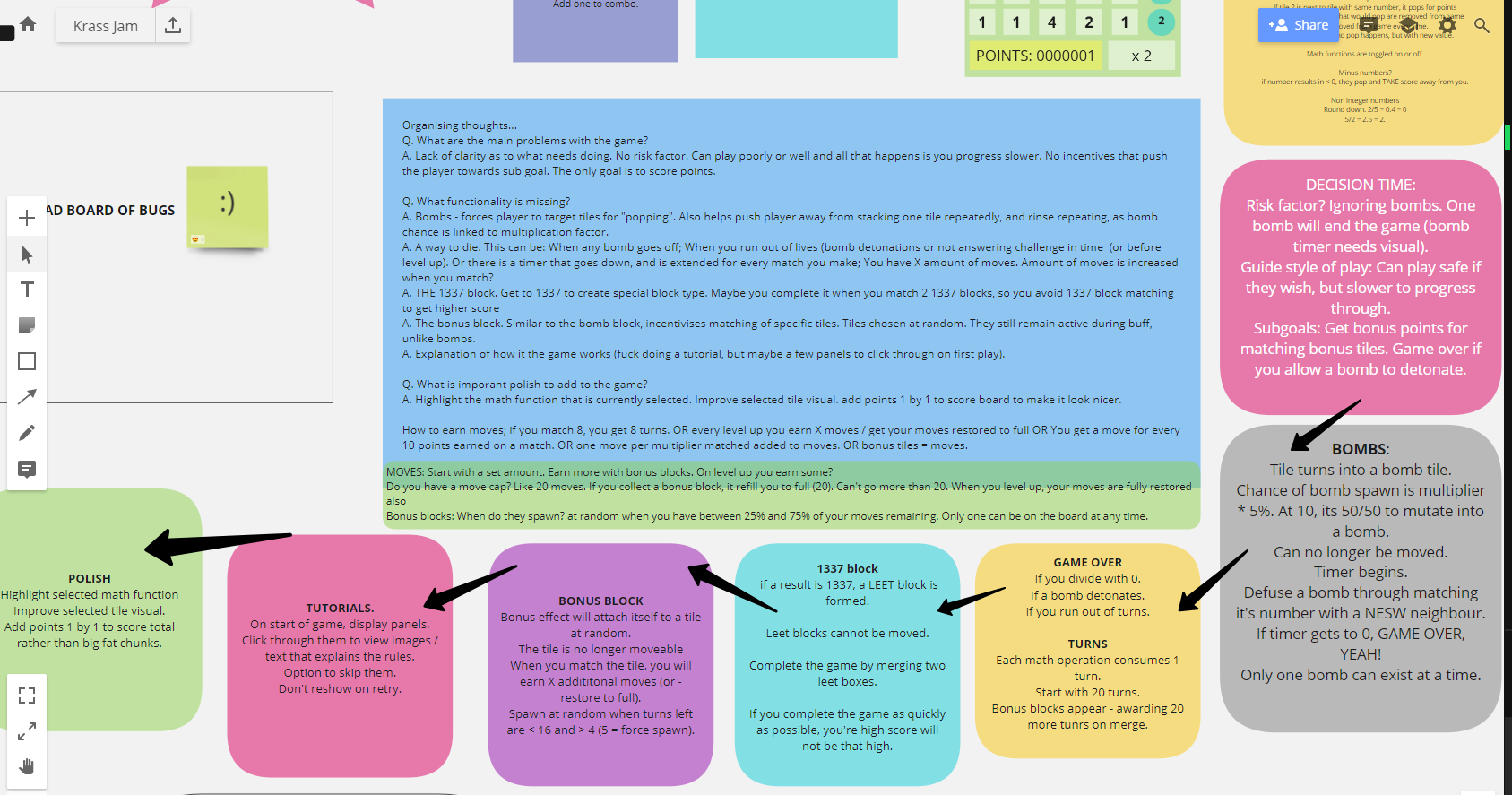 As always, you often feel like things are going well and that you could potentially finish the game jam early. I was wrong.. I spent all day of day 2 working on this.

The main mechanics that were added was the idea of bombs and turns. Turns were a way to push the player forward, rather than aimlessly combining numbers of any value. I did consider using a timer, but as the game relies a lot on mental arithmetic - it felt more fair to allow players to make moves in their own time.

There is a risk this gets too relaxed… which is where bombs come in. Each time you make a move, there is a chance that you spawn a bomb on the resulting tile. The bomb brings so much to the game (sorry to sound dramatic!!). Let me explain: