Day 3: Wrapping up the jam!

I’ll finish by the evening he said.

Nice to compete in a game jam where I don’t have to work all night, he said.

He was wrong. As always.

Day 3 was a day of getting the final bits of functionality in (including the 1337 blocks), floating text and highlighting UI elements to help communicate things better with the player, creating tutorials (snore!) and fixing bugs!

It also included a lot play testing to come across some of the unexpected issues. These weren’t often programming problems, but instead design based decisions that hadn’t been considered. For example, if the player was given a Bonus XP Challenge asking them to match what 5 - 5 was, then there were not able to complete that challenge. Another was stopping the challenges presenting negative answers, or answers that weren’t 0 but would round down to 0 as our game doesn’t go into decimals.

The tutorials took a long time to do! Laying out things in the Unity UI can always take a long time, but it is important to try and go about it in the right way (setting anchor points etc) in a way that won’t completely break if you want to change the size of things / resolution is different. One thing I made an effort to do was to stagger the panels of information I wanted to present to the player. I had 6 "panels" of information I wanted the player to see. So I played 3 at the start of the players first game, and then the other three were triggered upon events. For example, when the player encounters a bomb for the first time - the bomb help panel will be shown. Ideally, a playable and interactive tutorial would be best, but given the time restraints this did the job.

At the end of the Jam, I was very pleased that I took part in it. I was considering giving it a miss as I really wanted to crack on with the development of Last Stand. However, I’ve learned that sometimes, a good little idea can give you something very worthwhile in a short amount of time. I now have quite a fun little puzzle game for my portfolio, to share with friends and - what I like about this one - is that it could almost be deemed educational! MATHS IS FUN Y’ALL! 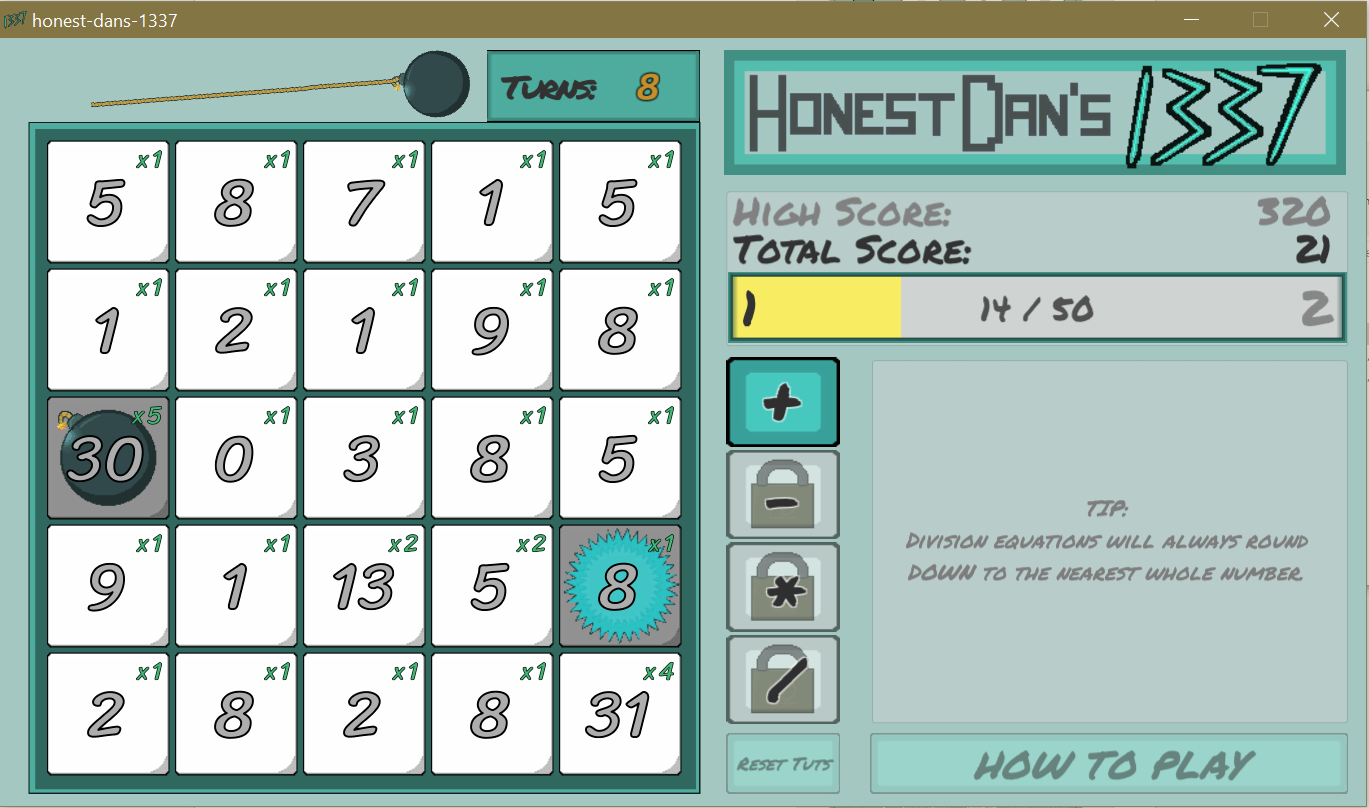 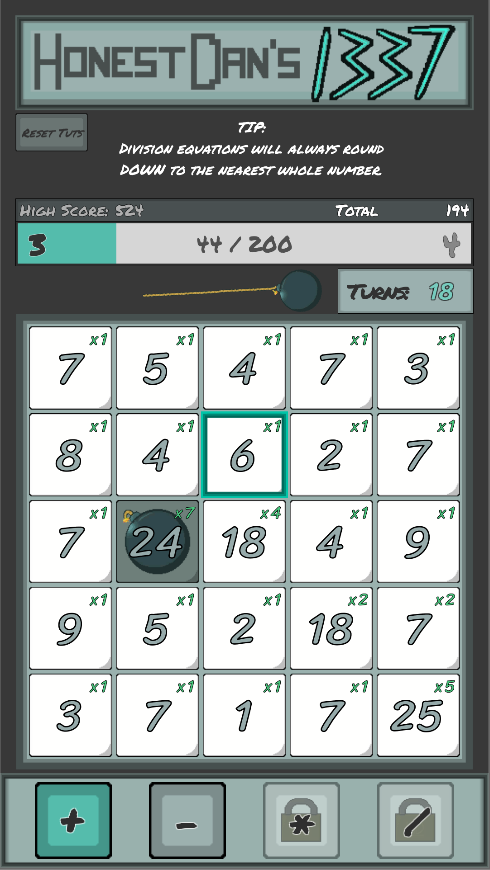 I ported the game to a mobile layout, and have packaged it up as an Android APK. It tooks some time to get the layout to work, but it was always intended to be a mobile game. I only started it as a landscape game as I knew Krass (the game jam host) was going to be playing them on his PC on stream. I’m quite happy with the layout of the mobile game, the size of things are good - but the font, icons and tutorials could do with some work. I would also like to add some sounds to make the game that little bit more complete.