How does StarPath work? 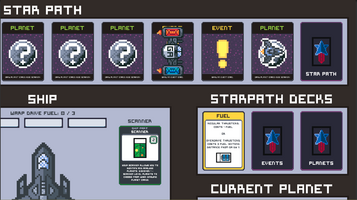 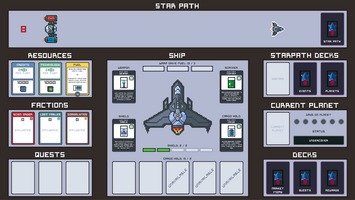 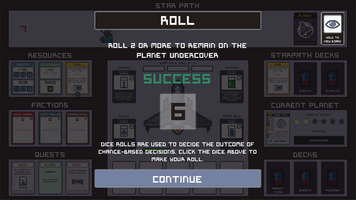 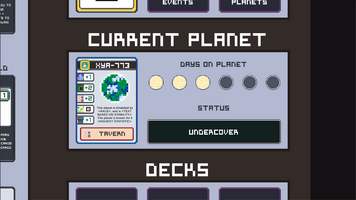 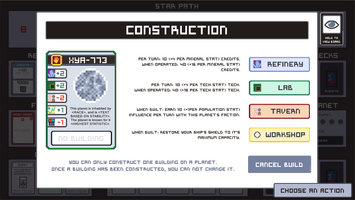 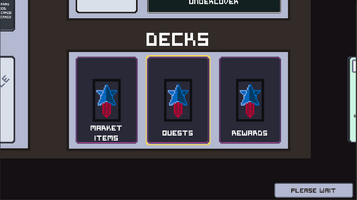 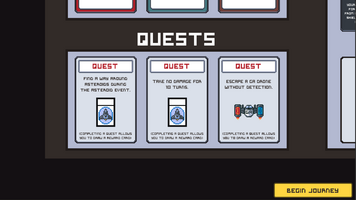 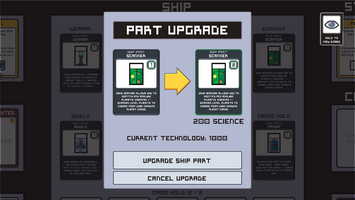 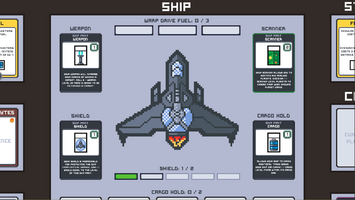 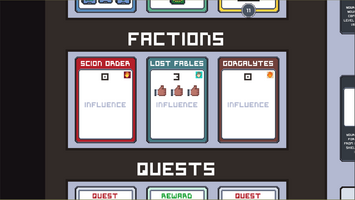 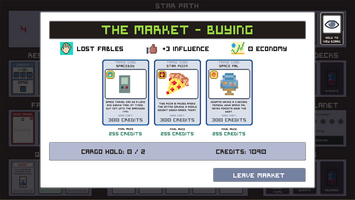 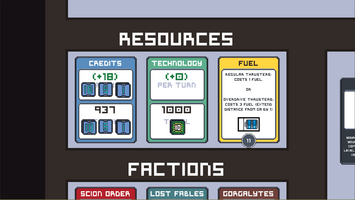 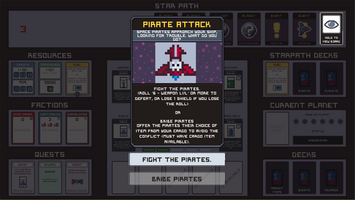 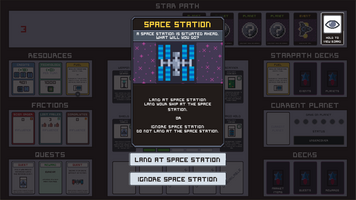 In StarPath, you have one primary goal: not to get caught by the *Galactic Authorities* (GA) who are chasing you. You start the game 8 turns ahead of the *GA*, and have a choice in how you wish to proceed. You can either burn one fuel to travel onward, or engage your overdrive thrusters and burn 3 fuel in order to gain some distance between yourself and the *GA*.

The problem is you have a limited amount of fuel. In order to replenish fuel, you must land on planets or space stations and purchase fuel. The trouble is, each day you spend stationed on a planet, the closer the *GA* will get. Also remaining on a single planet for too long will increase the chance of you getting spotted by *GA* sentries. 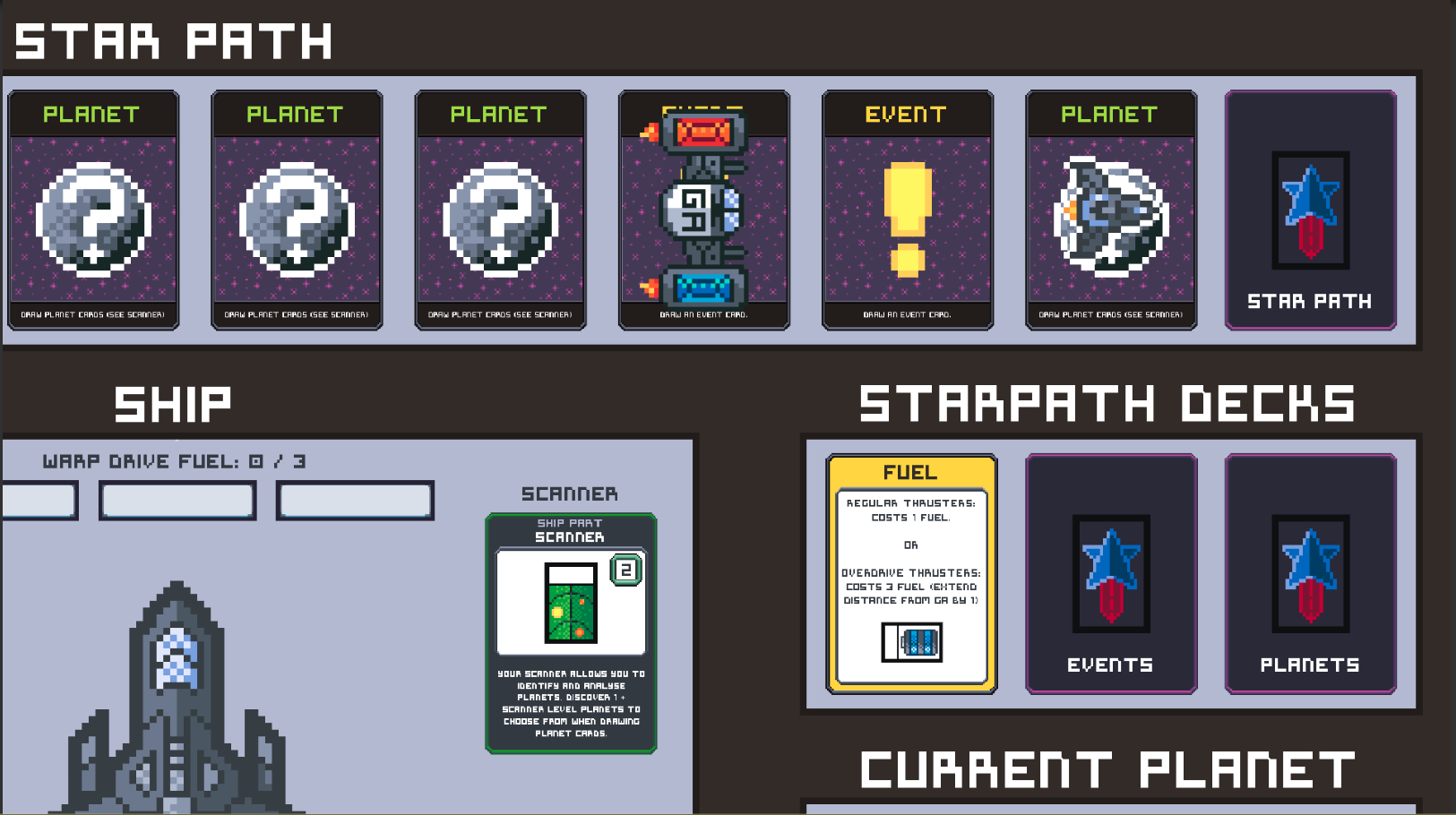 You start the game with some credits, but you'll need to find new ways to earn credits so you can continue to refuel as you flee from the *GA*. Credits can be earned primarily on planets. You can build a refinery on a planet that will earn you X credits per turn based on the planets mineral yield. You can also buy and sell trade goods on planets, with certain items being more valuable to specific factions, and getting discounts with factions that you've earned influence with.

Any planet you land on will have a set of attributes that represent the qualities and state of that planet. Each planet you visit allows you to build and operate one building on it, which can yield you benefits such as credits, technology and influence with the planet's faction. You can also build a workshop which won't give you any long-term benefit, but will allow you to replenish the shield of your ship on that turn.

Each time you travel onward, you will draw from the StarPath deck and be presented with either a planet or an event. Events are chance driven events that present you with a choice. The chance to succeed or fail these quests can be influenced by the technology on-board your ship, which can be upgraded using the technology resource. Weapons increase your chance of succeeding in combat driven events, shields help you survive more damage, cargo allows you to carry additional trade goods and your scanner allows you to choose from more planets when you draw a planet card.

Refuelling your ship will only allow you to keep running from the *GA*. The aim of each round of the game is to acquire enough units of warp fuel to allow you to jump out of the current star system. Once you jump out of your current system... the bad news is the *GA* will be back on your tail again soon enough. The game continues, but you keep any upgrades to your ship as you jump from system to system.

The above was written to give a quick idea of the concept and some of the main mechanics. There is a bit more to the game than that, and I didn't go into all the details intentionally. Feel free to drop any questions in the comments section, or keep an eye out for any future posts which may explain some of the mechanics in greater detail. Thank you!