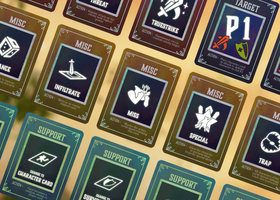 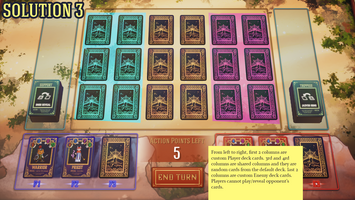 Why deck building?
As with all card games, a proportion of the game can feel based on luck - as your drawing a selection of cards from a deck of shuffled cards, not knowing which cards you'll draw next. Players are able to learn what's in the deck, and to work out which cards are more likely to be turned based on which cards have been drawn already. However, a common approach to give players a bigger sense of control over what cards they are drawing is through allowing deck building. In addition, deck building give people a way to customise their deck, to attempt to focus on specific mechanics, and allows the game to feel different based on the deck that has been built.

How it currently works in Cattenburg
At the end of the game jam, the game essentially dealt cards face down infront of the players from a deck of pre-defined cards that were shuffled. Players would choose to reveal cards and play on a few of them. The act of revealing is a twist on drawing a card, but it fulfils a very similar purpose. One of the interesting things here though that's different to many card games, is that the deck was shared. Both player and enemy are using the same deck of cards, and can even accumulate knowledge by seeing cards revealed by their opponent on the previous turn. This made the idea of deck-building a little challenging for us, because most of the time deck-building is focused around each player having a deck of cards each. A shared deck adds some design problems, such as: if you now add a very powerful card to your deck, the enemy can now use this card too. This also impacts the design of abilities - we can't add a "Zombie bite" attack card, if that card can be played by players and enemies, who may not all be zombies!

Our Current Idea
Our current idea to implement decks is to split the board into sections. We want keep the ability to share cards between players and enemies, whilst also allow players or enemies to bring their own custom flavour of cards to the battle. We are still trying to work on a change to abilities that means players and enemies can play on eachothers cards, but for this current iteration we're considering the following: 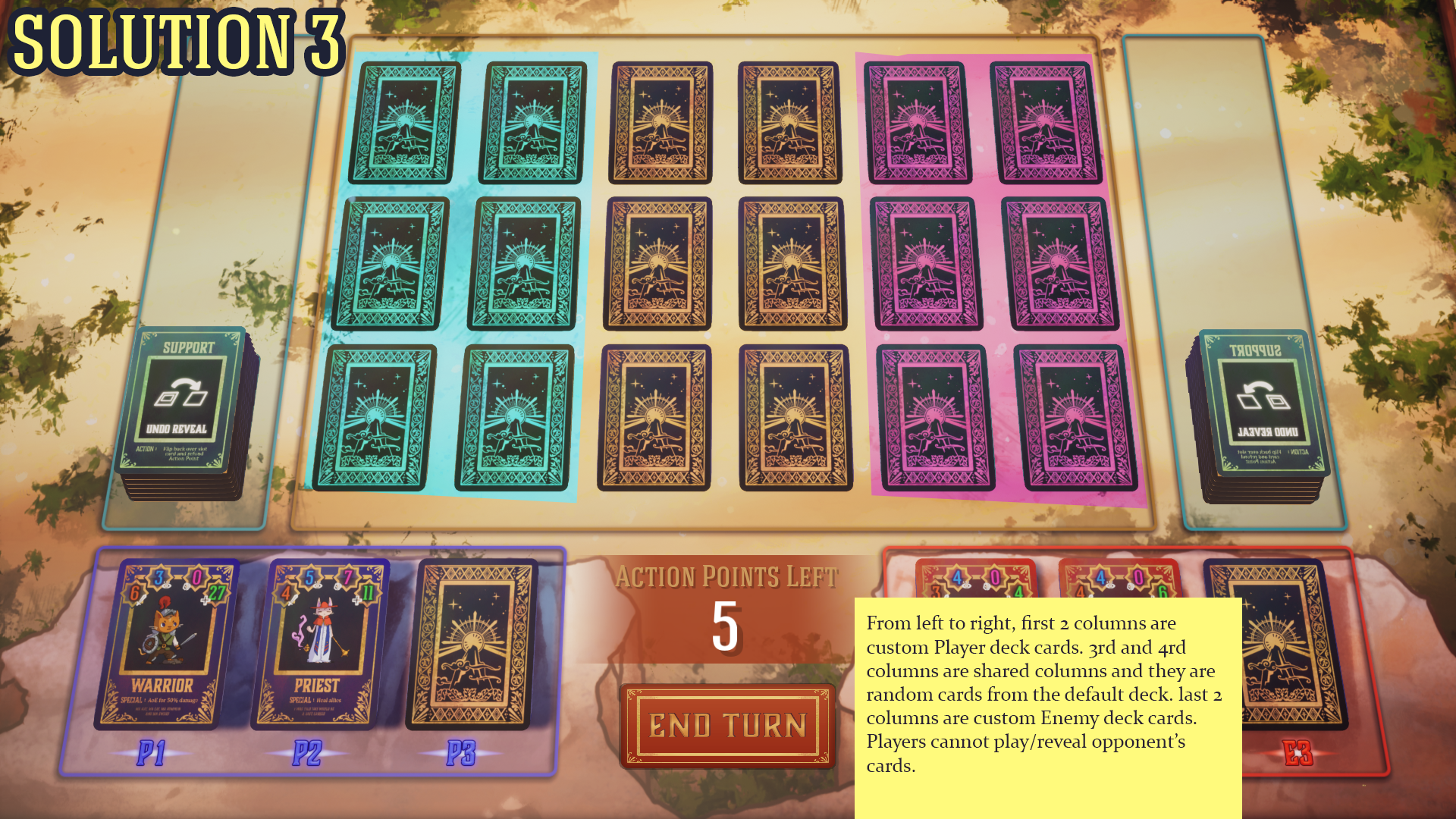 The neutral deck would be base cards, straight forward attacks and defend abilities, but also what we call environmental cards. These would be specific to the "area" in which you're fighting. For example, if you're in a dungeon, you may find a trap card which damages party members when revealed. You may also reveal a treasure chest card, which provides your team with some buff or currency. The important thing here though is that these central cards need to still be lucrative, and not be ignored. When a player is building their own deck, you would expect them to want to draw from their own deck - as they know what cards are in the deck and are potentially trying to build a deck that synergises. Therefore, we need to refine our design of what would make the shared card pool lucrative. Some ideas we've had already include:

Next Steps
We are currently implementing a new way to track card decks to support this approach. This will allow the player to have their own deck, the environment to have a deck, and the enemy to have a deck. It will also allow the players deck to persist between battles, allow us to start adding the mechanic of adding cards to your deck after a victory in combat. We'll aim to get a build out to get some feedback on how it feels, but there are a few additional things that will need work before then. We'd need to consider the varied cost of revealing cards and we'd need to implement the card reward phase after you complete a round of combat.

We're excited to see how it turns out! Remember you can keep in touch on the Discord in the mean time ❤